Learning to Dive with a Full Face Mask

Kneeling in the silty bottom of De Leon Springs, I prepared to remove my full face mask. My instructor, a veteran of the PADI Full Face Mask course, signaled I was OK to proceed and I replied with the same affirmative hand gesture. Objective testing was conducted at Wilger Testing Co., an accredited, independent facility in Sarasota, Florida. Lights were tested using an integrating sphere, an industry-standard testing device that measures a light’s total output, in lumens, without regard to its beam angle; correlated color temperature, in Kelvin; and color rendering index (CRI). To gauge both the output and burn time, each light was tested twice— once with fully charged/new batteries, and again after discharging for a continuous 60 minutes. Because dive lights are designed for use in water, many will electronically reduce their output after a brief period of burning out of the water to avoid overheating. For this reason, measurements were taken immediately after turning on each light. After the first test, all lights were recharged or had batteries replaced, then allowed to burn on full power underwater for one hour, then tested again.

Not long ago, cruising to a dive site offshore the coast of California, folks on board spotted something. I ended up diverting course three times on the way to the first site. It wasn’t for whale, dolphin, sea lions or Mola mola watching, nor was it to assist another vessel. We diverted to pick up six plastic bottles and two partially deflated, floating polychloroprene balloons that had blown offshore – no doubt released from a birthday party or some other sort of celebration. Going out of the way to pick up trash wasn’t as common years ago, but it’s a clear sign of our times. Dive vessels now routinely stop to do what they can to pick up debris.

The New Apple Watch Ultra is Also a Dive Computer 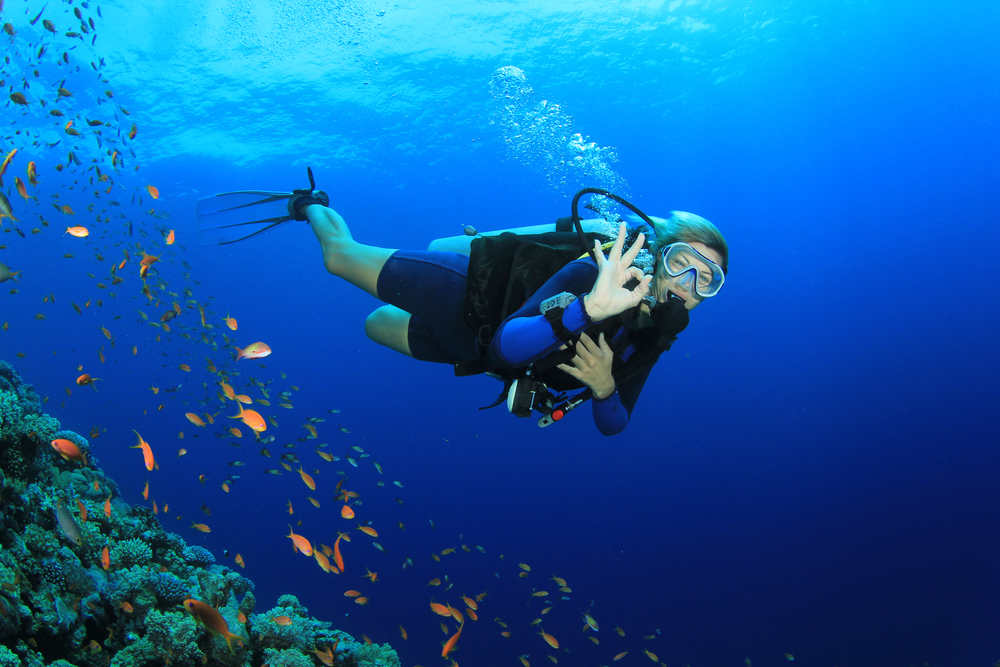 Scuba diving gives us the chance to explore an extra 71% of our Blue Planet. It allows divers to escape from their everyday lives and enter a world filled with extraordinary life. As a diver you might be wondering if scuba diving is unhealthy? This question can solely depend on your health history, the type of diving you’re doing, and if you’re following proper safety procedures. As a diver, it is important to consider that there are some medical risks involved with scuba diving. However, if you are scuba diving carefully, following all safety procedures, then it can be a great way to promote good health.