Meet the Man Who Dives the Great Wall of China

Steven Schwankert stands on the boat after a Great Wall dive.

“There was a feeling of, ‘Wow, we made it, this is really happening and we’re really going to do this,’” he says.

Schwankert’s comment might appear overblown—the 13,171-mile-long Great Wall is a special sight, but even in 2008 thousands of tourists a day visited the structure, in sections served by Burger King. The New Jersey-born diver, though, was referring to a Whopper-free area of the Great Wall. That 2008 trip was the first time he dived a submerged section of the wall in Panjiakou Reservoir, passing underwater turrets and archways at one of Asia’s most unique—and eerie—archaeology dive sites.

He quickly became obsessed with this part of the Great Wall, diving it at least 40 times since as a dive leader for other adventurous divers. “What’s amazing,” Schwankert says, “is just the idea that we’re diving on a historical wonder of the world.”

Schwankert’s underwater adoration, which has seen him make a documentary about Titanic survivors and search for a British submarine wreck in Chinese waters, began in his East Coast family living room. Born in 1970, Jacques Cousteau was his childhood hero. Young Schwankert soaked in the celebrated French oceanographer every Sunday on The Undersea World of Jacques Cousteau.

“I didn’t live through the moon landing, so this guy was the first explorer I was exposed to,” says Schwankert. “I liked dinosaurs and Star Wars, but you couldn’t fly to wherever the Star Wars guys were. But maybe I could go where Cousteau went.”

Encouraged by his family, Schwankert made his first dive aged ten (“You were supposed to be 12, but it was the ‘80s and I was a big ten-year-old.”) in the Bahamas off Eleuthera, a small island where Lenny Kravitz lives. Schwankert was hooked, becoming PADI certified a few years later at a Pennsylvania quarry and considering pursuing a career in marine biology.

Worried marine biology might be dominated by lab work, he instead studied journalism and, inspired by a holiday to China, learned Mandarin before moving to the country in 1996. China didn’t have a free press then or now, but its media landscape in the 90s was less restrictive than today. Schwankert carved a career as a tech and lifestyle journalist in Beijing and Hong Kong, along the way racking up PADI certifications until he became Course Director on a trip to the Dominican Republic.

The Great Wall plunges below the waterline at the Panjiakou Reservoir.

After moving back to Beijing from Hong Kong in 2001, Schwankert heard rumors among the smattering of divers in the Chinese capital that it was possible to dive the Great Wall. An earthquake in 1976 necessitated infrastructure changes at Panjiakou Reservoir, which ultimately submerged a section of the wall. The wall went underwater, continued through the depths for about 300 feet, then emerged on the other side of this mysterious dive site.

In 2008 Schwankert drove to Panjiakou, took a small boat to the submerged wall, and found his underwater home in China. This wall section was made during China’s Ming dynasty, between 1368 and 1644. Other Ming wall sections can be spotted among hills surrounding the reservoir, as the occasional speedboat zips by.

The dive is cold—you need a dry suit outside summer—and even a little creepy. But it’s captivating. “Diving the Great Wall is so intimate,” Schwankert says. “As visibility is so low you have to look at it close-up, so you see the workmanship on the stone… the arrow slits. It’s not teeming with life, but you suddenly notice tiny freshwater shrimp and little fish.”

The highlight of the dive is swimming through a stone archway by the water bed. “You can swim through the guard tower. It’s an experience that you just can’t get from being on the wall above water, where you’re usually looking at the scenery and horizon rather than the actual wall.”

China can be a challenging country for divers to navigate. It’s “not like the US where you jump in your boat, motor out and fall over the side into the water,” Schwankert says. First, you need to get permission. Often before exploring potentially sensitive sites such as military wrecks, he adds, “you’ve got to prove you are who you say you are, and that you’re not a spy.”

Still, Schwankert has managed many spectacular inland dives in China. He was one of the first non-Chinese divers to explore Zhejiang province’s Thousand Island Lake, where sunken settlements lie. “You swim through the north gate and see a door that used to open for the village, a memorial tablet, carvings… it’s unbelievable,” he says.

He also investigated the HMS Poseidon, a British Royal Navy submarine that sank off the Chinese coast in 1931, recording his endeavors in a book and the 2013 documentary The Poseidon Project. Schwankert didn’t get to dive the wreck, though, instead discovering that it was salvaged in 1972.

His latest film project again married his dominant intrigues of Chinese history and the ocean. The Six, his 2021 documentary directed by Arthur Jones, saw Schwankert uncover the stories of six Chinese Titanic survivors.

Schwankert takes a photo of the Great Wall's underwater remains.

One survivor, Fang Lang, was among the last survivors to be found by rescue boats. The image of Fang clinging to wreckage inspired the scene in the 1997 Titanic film where Kate Winslet’s character Rose floats on a wooden doorframe before being rescued, director James Cameron told Schwankert.

Despite now associating with Hollywood director royalty, Schwankert seems driven more by discovering China’s underwater secrets than movie glitz. Since the Covid pandemic he’s been based back in New Jersey, and in September launched a podcast about the state’s links to the Titanic. But he looks forward to returning to his adopted home for more diving.

“China is one of the least accessible but most exciting dive environments in the world,” he says. “It’s been an honor to play a tiny role in that opening up.”

Contact: While Steven Schwankert is away from China, the best contact for dive trips to the Panjiakou Reservoir Great Wall section is Beijing Dive Buddy (WeChat: +8615910542357). The organization operates mainly in Mandarin.

Equipment: With a steep and chilly thermocline at the site, a 7mm wetsuit with a hood is the minimum recommended exposure protection. A drysuit is preferred, although it's unlikely you'll find a rental in Beijing. Bring a strong flashlight; a 9 AM dive can resemble a night dive due to sediment in the water. A line with reel can be helpful as it's possible to lose the Wall in places at its deepest areas. 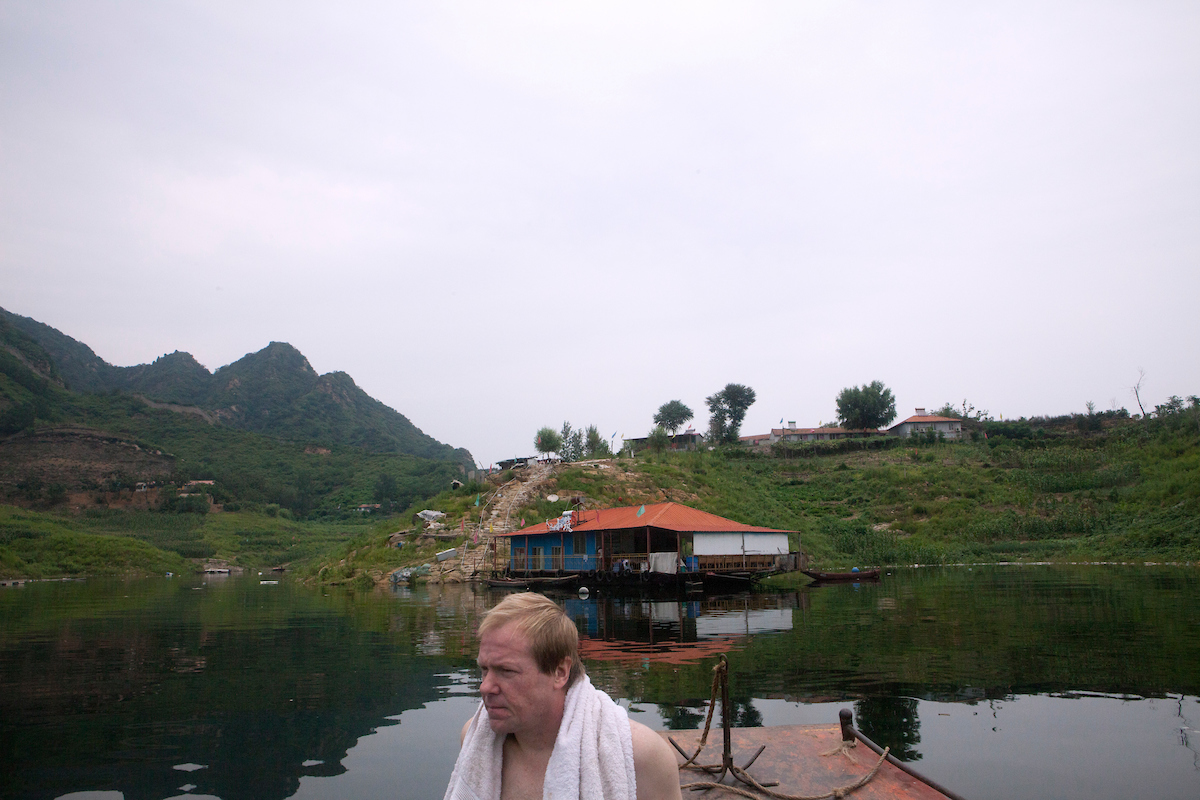 Where to Go Scuba Diving in Marathon, Florida
How Diving Helps Me Save the Ocean