What To Know About Three Classic Dive Getaways

Planning a trip to one of these dive hotspots? Here’s what you need to know. Featuring insight from locals, tips for timing seasonal experiences, and the scoop on popular sites, as well as some lesser-known dives you’ll want on your radar too.

You can lay eyes on a very rare coral when you dive Brennecke’s Ledge, a site on the South Shore of Kauai. “At about 85 feet deep, a unique, wave-shaped ledge runs along the ocean floor,” says Erica Keala, IDC staff instructor at Seasport Divers. “Under its shaded roof grows a very rare black coral.” The coral, which thrives in areas with little to no direct sunlight, can grow up to 5 feet tall, and has “upreaching branches that look like long, golden feathers,” she says.

Seeing mantas underwater often requires a stroke of luck and timing. But the winged wonders are all but guaranteed to appear during night dives off Kona, where underwater lights attract plankton, which in turn brings in the mantas. PADI Five Star operators like Jack’s Diving Locker run year-round boat trips.

“Diving lately has been particularly rewarding as we’ve been consistently seeing hammerhead sharks on the shallow reefs. And humpback whales have been keeping us entertained on our surface intervals with tail slaps and breaches as they visit to breed and calve their young,” says Jeffrey Jones, general manager of Kona Honu Divers.

The same stretch of coastline that lures surfers to ride monster waves during the winter months on Oahu’s North Shore turns into a shore-diving haven come summer’s calmer seas. During shore dives at Shark’s Cove within the Pupukea Marine Sanctuary, you might even spot the Hawaiian monk seal, as well as a slew of nudibranchs. Mantas are often seen by divers off Maui from June to September, says Jessica Pickering, owner of Maui Diving Scuba & Snorkel Center in Lahaina.

Molokai isn’t usually on a Hawaii first-timer’s list. But experienced divers should put it on their radar for a return trip if only for the 30-mile-long reef running along its south shore, loaded with exciting dives. Lahaina Divers runs weekly blue-water drift-dive charters across the Pailolo Channel at a site off the east coast of Molokai called Fish Rain, where visitors have a chance to see schooling scalloped hammerheads that can number into the hundreds.

For something different, head out on one of Toucan Diving’s monthly ostracod night dives, timed for a few days after the full moon, says Hagen Wegerer, dive operations manager for the shop at Plaza Beach & Dive Resort. Dive sites around Klein Bonaire glow with the tiny marine organisms that use bioluminescence to attract their mates in what equates to a mini underwater fireworks display.

The chance to explore one of the Caribbean’s most infamous wrecks—a former drug-smuggling vessel—beckons shore and boat divers to the 236-foot-long Hilma Hooker, which today lies between two coral reefs and delivers diving for all ability levels. Wide swimthroughs covered with coral, schools of fish, and patrolling tarpon and barracuda make for nonstop photo ops.

Buddy Dive Resort’s dive manager, Augusto Montbrun, points to lots of exciting recent critter sightings on Bonaire’s bountiful reefs. For just a sampling, recent shore dives have delivered two seahorses and an octopus at Buddy’s house reef in just 10 feet of water, as well as thrilling encounters with a hammerhead and manta ray, both at a site along Bachelor’s Beach.

Guided by the lunar cycle and water temps, corals usually do their annual mass spawning on Bonaire’s reefs during the month of September (with some getting frisky into October too). The exact date is impossible to predict, but if you plan a dive trip during that time and do multiple dives in areas of high coral cover (of which there are many), you might get lucky and witness one of the ocean’s most incredible underwater reproduction rituals.

With so many shore dives (more than 60) on Bonaire and house reefs fronting most resorts, it’s not hard to spend the bulk of your time here underwater. But the island is interesting for its desertlike topside geography too. Spend some time hiking the cactus-lined trails at Washington-Slagbaai National Park, where you can spot endemic parakeets and parrots and see flamingos stalking the salt pans.

An exciting eco-tourism dive destination awaits in the off-the-beaten-path regions of Ticao Island and Bulusan. This is where you’ll find the dive site Manta Bowl, aka the manta capital of the Philippines, where the giants arrive at a cleaning station year-round. And the months of November to June bring whale sharks. As Jessica Noel C. Wong of Ticao Island Dive Camp and Resort puts it: “How can you go wrong with volcanoes, rainforests, manta rays and whale sharks?” Good question.

The most famous place in the world for regularly spotting thresher sharks is Malapascua Island, where the sleek predators converge year-round— along with other big-ticket pelagics like trevally, tuna, reef sharks and jacks. Managing director of Thresher Shark Divers Andrea Agarwal says you’ll also want to hit Gato Island while you’re here for its huge population of whitetip sharks, beautiful corals, macro life and a roughly 100-foot divable tunnel called the Cave.

For some incredible black-water and bonfire diving (where lights are placed on a sandy slope to attract critters), underwater photographer Ram Yoro points to the months of November through early March as the best season around the Philippines, with cooler waters attracting more plankton. Among the wild-looking critters you might see and photograph? Blanket octopuses, diamond squid and paper nautiluses.

Looking for lesser-known macro action on a return trip, just an hour’s flight from Manila? Little-visited macro dive sites around Camiguin Island should be on your radar, says Yoro. “Precisely because they’ve been seldom visited, they remain lush and pristine to this day.” 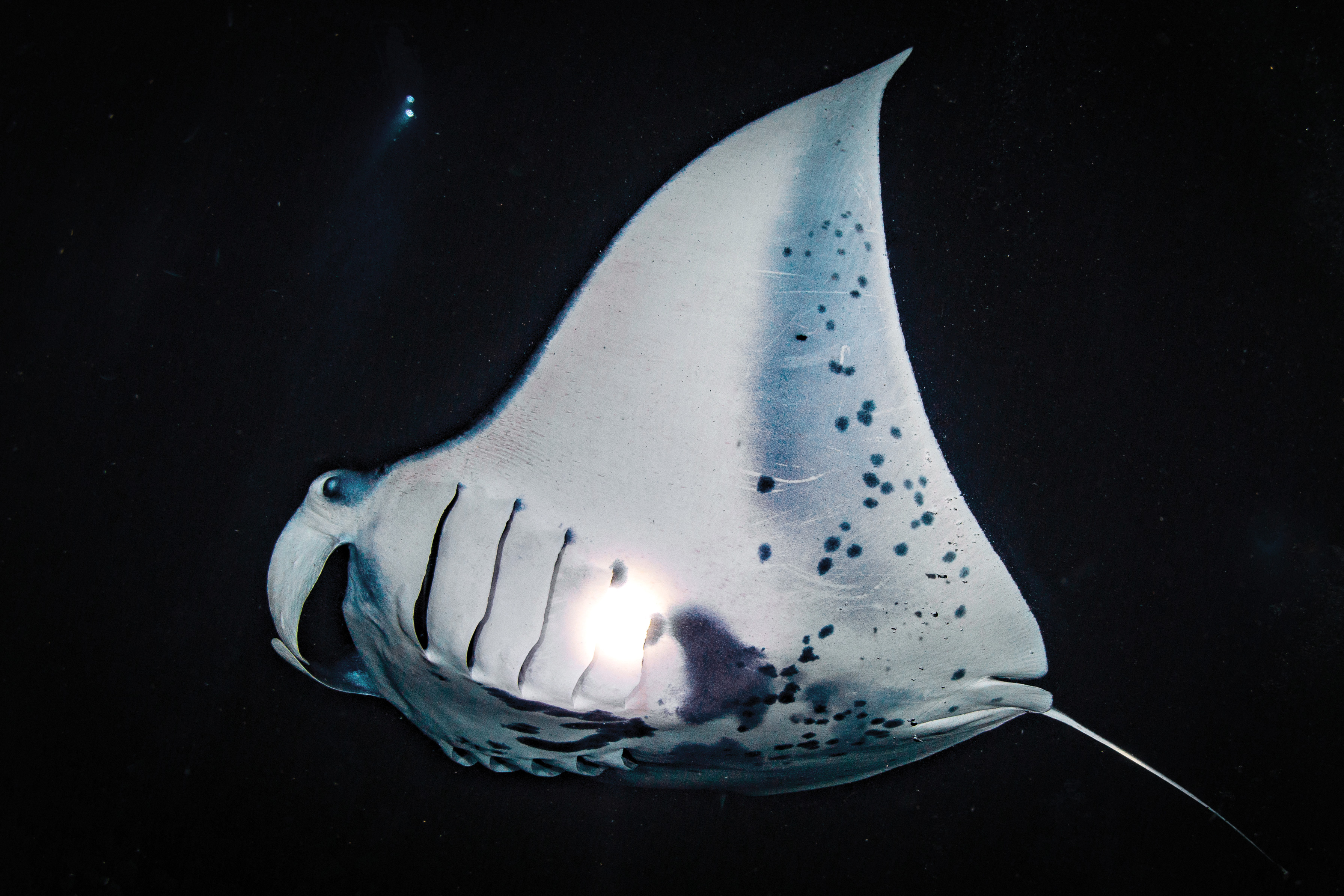